Badminton Success:
The senior boys’ team of Adam Dunne, Andrew McNally, Nathan Clarke and Kelvin McNally, have had a remarkable run this year, beating schools from all over the province. The boys beat a very strong Royal Belfast Academical Institution Team and won the Ulster A Cup for the first time in the school’s history. Well done Mr. McHugh and Team! 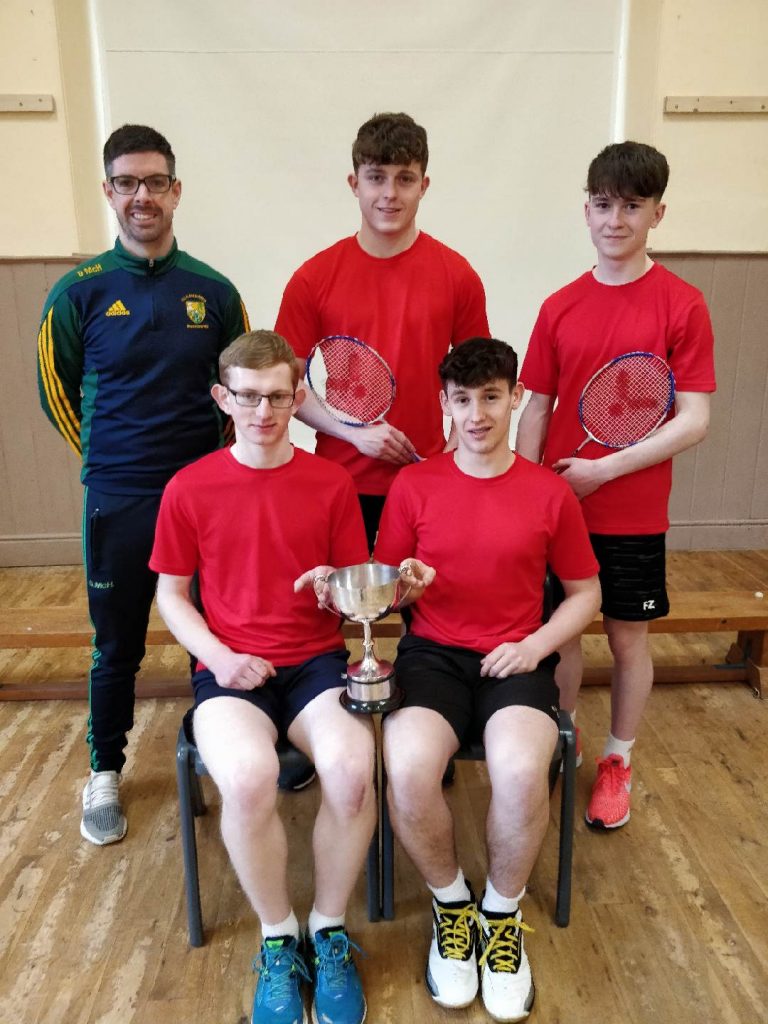 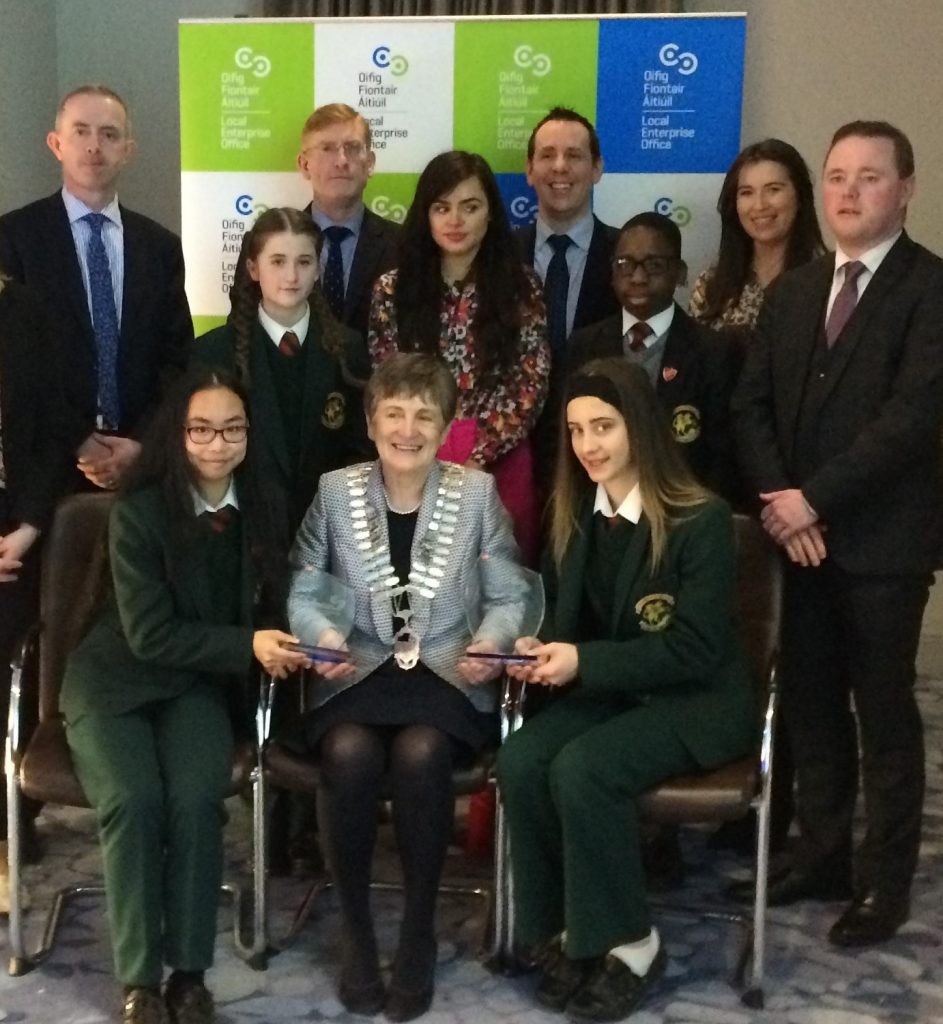 Holland Trip:
Our certified Irish Angus beef finalists took a trip to the Netherlands to visit the Albert Heijn headquarters in Zaandam (Holland’s largest supermarket chain). This company has working relationship with the Irish Angus producers’ group. Sophie Reilly, Rachel Alexander, Lloyd Hastings, Kelvin McNally and Barry Stratford presented their project in front of the senior executives of the company. The group also had a chance to visit some local farms in the area. 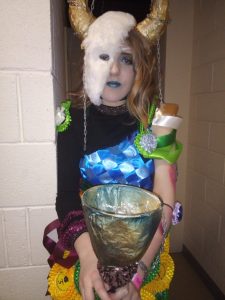 Junk Kouture:
Well done to the RSC Junk Kouture team who qualified for the regional final of the competition held in Derry in March. Their entry, Queen Bovine (pictured) was very well received, but unfortunately did not progress to the national final on this occasion.

Bible Study:
We are very grateful to Rev. Nick Jones, Rev. Ali Calvin & Sarah Taylor who have led our bible study group over the last number of weeks.

Girls’ Rugby:
Well done to the Junior Girls’ rugby team (pictured) who came out on top as the over all winners of the Cavan Girls’ tag rugby blitz, held in the Peace Link, Clones in March. There were 8 schools competing with the RSC defeating Bailieborough in the final. 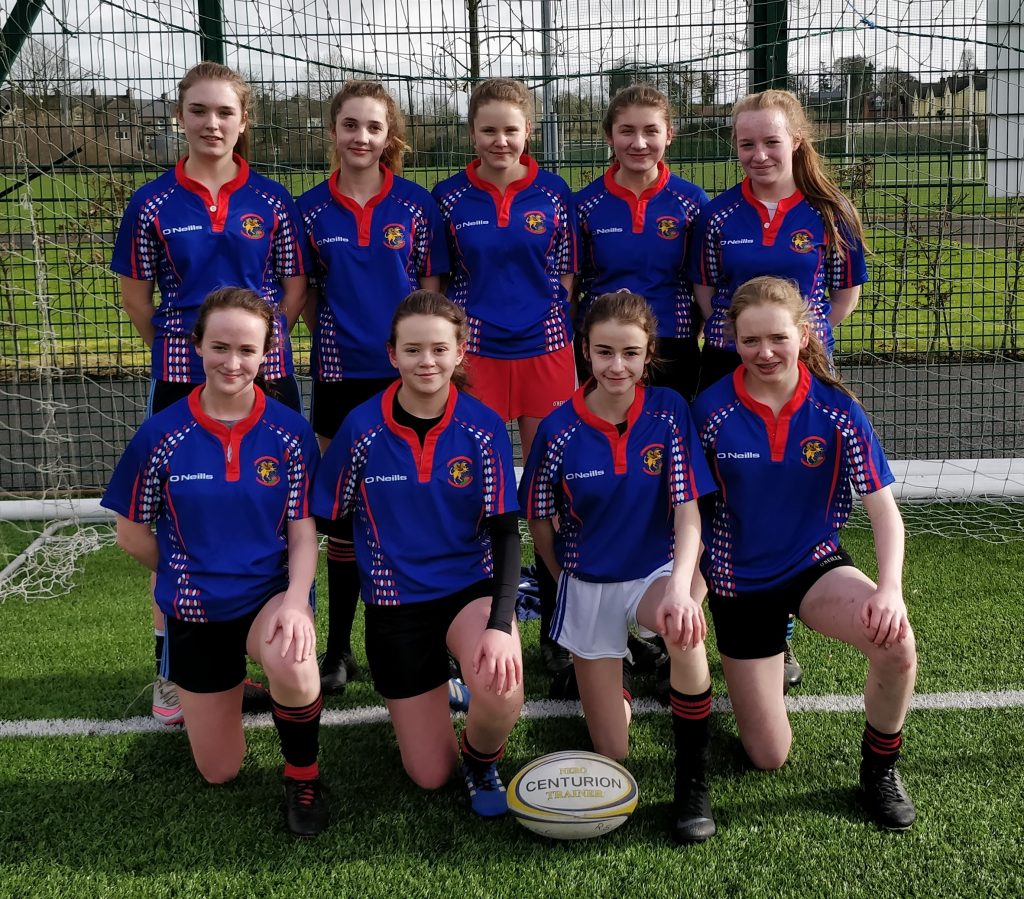 Music News:
The RSC Music Department will hold their Spring Time concert next Tuesday March 19th at 7.00 p.m. An invitation is extended to our whole school community. We were also thrilled to have performers invited to take part in the ‘Songs of Hope Concert’ hosted by Cavan No. 1 school at the end of March.

TY Community Care Module:
As part of our continuing focus on community involvement for TY pupils, the students have recently visited the residents of Esker Lodge nursing home & have helped out at the Cavan Society for the Prevention of Cruelty to Animals. These have been valuable life experiences.

TD Visit:
The 2nd year Civic Social and Political Education class were delighted to welcome Deputy Niamh Smyth to the school in March as a guest speaker. She outlined her role as a TD, her life in politics & took several questions from the group.

This website uses cookies to improve your experience while you navigate through the website. Out of these, the cookies that are categorized as necessary are stored on your browser as they are essential for the working of basic functionalities of the website. We also use third-party cookies that help us analyze and understand how you use this website. These cookies will be stored in your browser only with your consent. You also have the option to opt-out of these cookies. But opting out of some of these cookies may affect your browsing experience.
Necessary Always Enabled

Any cookies that may not be particularly necessary for the website to function and is used specifically to collect user personal data via analytics, ads, other embedded contents are termed as non-necessary cookies. It is mandatory to procure user consent prior to running these cookies on your website.